Our Own Max Moroff Tearing up the Eastern League 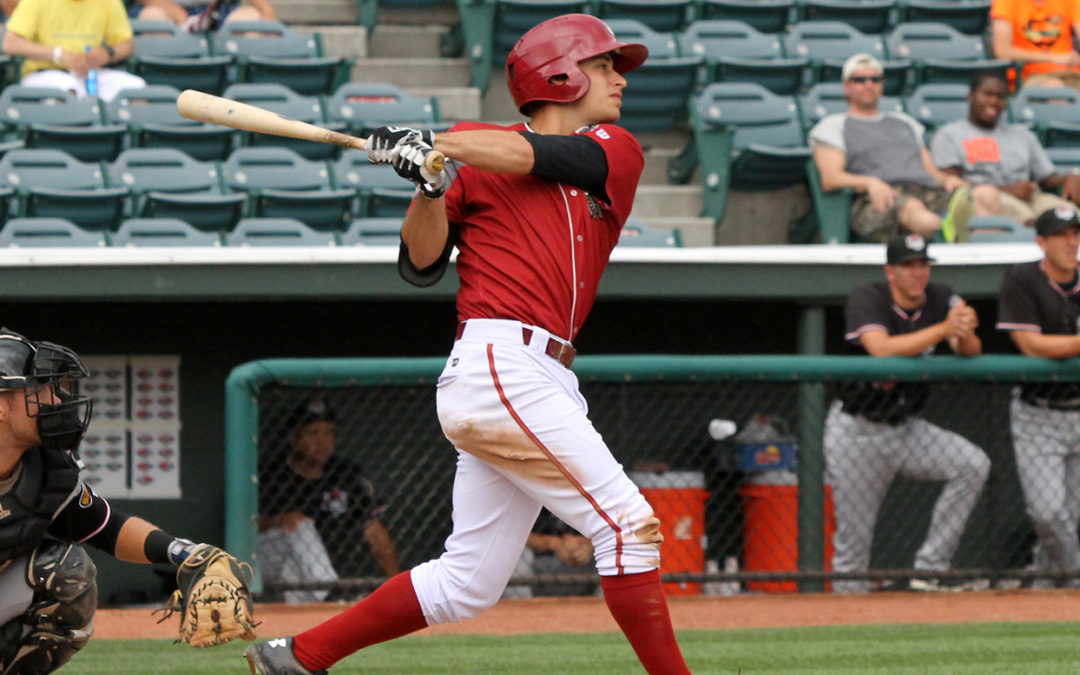 Altoona Curve second baseman Max Moroff has been selected as the Eastern League Player of the Week for the period of April 20th-April 26th. The 21-year old hit .474 (9-for-19) with four doubles, one triple, one home run, four runs scored, two RBIs, four walks and a .947 slugging percentage in five games for the Curve last week. Moroff, who is a native of Maitland, Florida, had at least one hit in all five games he played in last week and had multiple hits in three of those games, including going 3-for-4 with two doubles, one triple and one run scored in a 6-3 loss against the visiting Harrisburg Senators on Monday. The
6’0″, 175 lb. slugger led all Eastern League players in batting average (.474), extra-base hits (6), on-base percentage (.565), slugging percentage (.947) and OPS (1.513) last week.

He also tied for the league lead in total bases (18) and doubles (4) while also finishing ranked among the weekly leaders in hits (9-tied 3rd), triples (1-tied 3rd), home runs (1-tied 3rd) and walks (4-tied 8th). Max, who is batting .320 in 14 games for the Curve this season and is currently ranked sixth in the league in on-base percentage (.424) and seventh in OPS (.924), was selected by the Pittsburgh Pirates in the 16th round of the 2012 draft out of Trinity Prep School in Winter Park, Florida.

In the off season Max was a regular at Exum Chiropractic. He received various treatments from chiropractic adjustments to vacuum cupping, and Vibrawave rehab. Everything that Max did helped to prepare him for this season with the AA Pittsburg Pirates organization, The Altoona Curve.

We not only help the professional athlete, we help the weekend warrior, or the average person who is doing housework or yard work. We treat every age from infants to senior citizens.